If we talk about someone’s personality, hair is the most important part though. Yes, it might sound crazy but it is the fact. Men with long hair are more attractive than short hair but not too long. Being a sportsman and having long hair? Just a wow moment for the fans. And when it comes to basketball players, they just love. Do you want to know about those awesome Basketball Players who have long hair? If yes, then what are you waiting for? Just scroll down and know who they are. 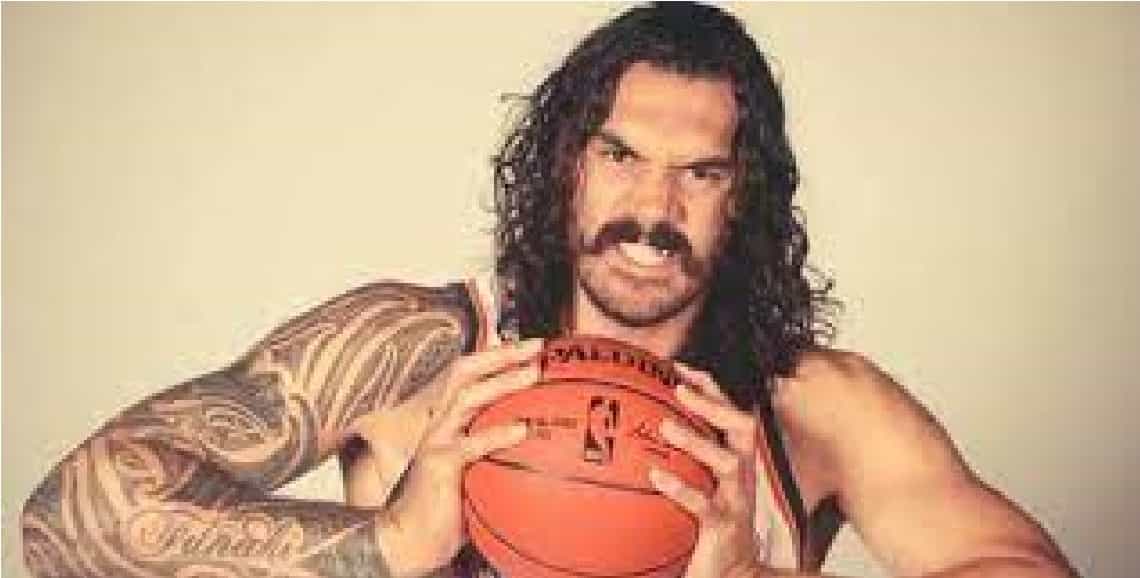 The Best Basketball player Steven Adams is 28 years old basketball player with an average height of about 6’11″. Steven is from New Zealand. Steven has long hair with cool tattoos and a fit body. All the features of Steven resemble Jason Mommas. 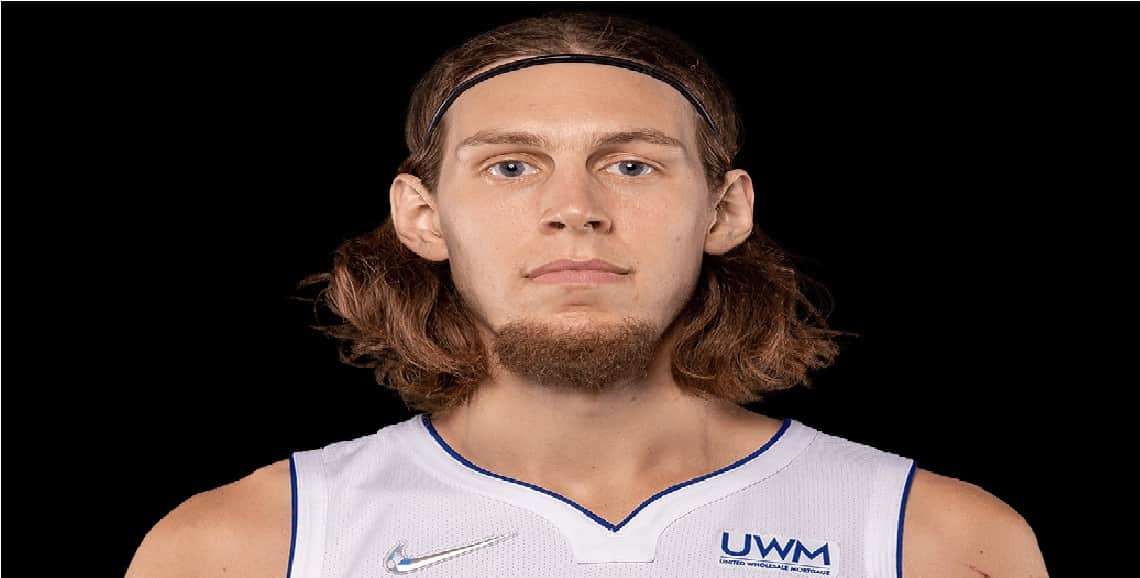 Kelly Olynyk is 30 years old Canadian basketballer with an average height of 6’11″. K Olynyk ranked among the top 10 players because of his attractive long hair. Olynyk’s hairstyle has a backstory: he has not yet cropped his hair since moving to the United States! Although if he is undecided about having his hair cut, he would almost certainly do so at a Canadian boutique if he chooses to part with his lion’s mane.

Since he had done this before, it wasn’t surprising that he grew long hair for the NBA. at the University of Illinois. In 2013, he was named an all-American for the Gonzaga Bulldogs varsity basketball team. 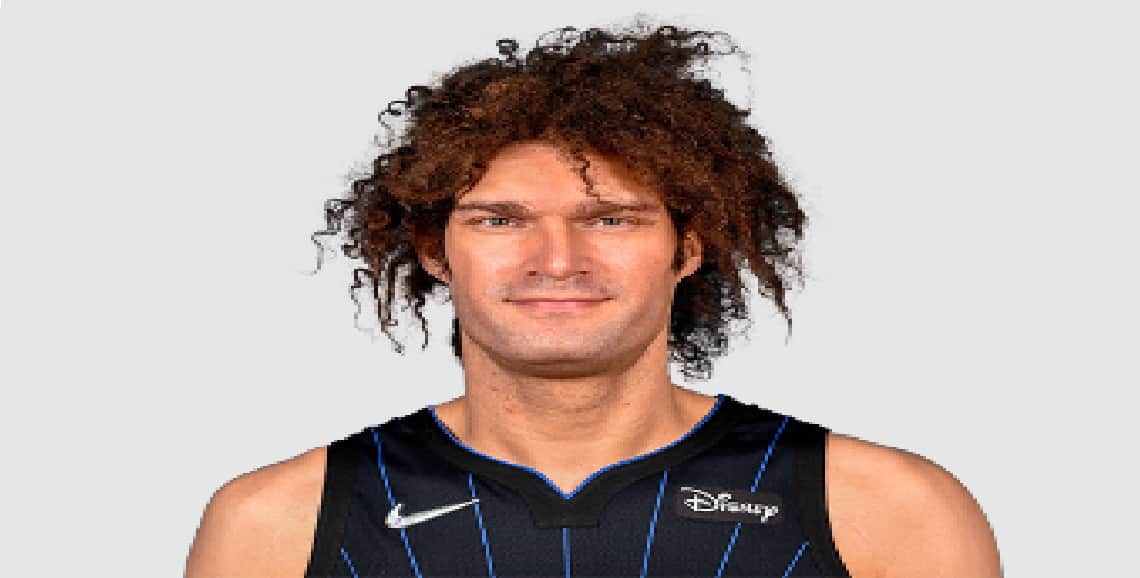 Robin Lopez is 33 years old young player of basketball. R Lopez and his twin brother Brook Lopez have received a lot of attention in the NBA. The professional career of these true brothers began in 2008.

Lopez’s hairstyle is quite different from his brother’s. he ranked among the top 10 due to his attractive curly hair.

Robin is a member of the Washington Wizards and wearing the number 15 jersey. Beast is another name for this character. Robin and his brother have the same height of 7 inches but Robbin’s curly hair and his attractive personality are quite comparable to The Simpsons’ Sideshow Bob.

Here comes another big man with a dashing personality. DeAndre Jordan is 33 years old player of basketball. When you ever face Jordan, his body is hard as a brick wall. With the eye-catching tattoos on his body, affable demeanor, and trademark dreadlocks, he looks more attractive.

He also has a great sense of humor. The NBA career of Jordan began in 2008. Jordan is quite famous for his nickname “DJ”. DJ wears a number 6 shirt.

Jordan’s body comprises of totally 27 tattoos. They include, among other things, father’s portraits, his grandmother’s, a lion’s head, angels, prayers, quotes, and many more. 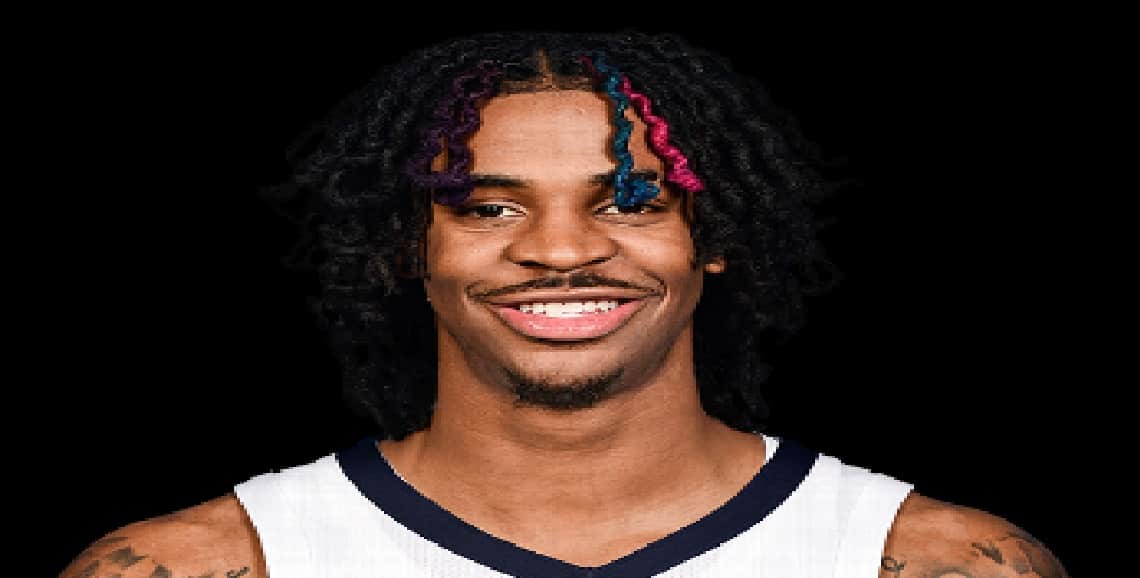 Ja Morant a young boy of 22 years old has an eye-catching hairstyle. Morant adds various colors to his dreads that make his hairstyle more attractive. He is an American professional basketball player.

In the 2019 NBA draught, the Grizzlies picked him with the overall pick, and he was voted NBA Rookie of the Year in 2020.

33 years old Derick Rose has sported several hairstyles throughout his NBA career. It has been noticed that he might like to do experiments with his dreadlocks.

He is known as the best basketball player so far. He has been awarded as the youngest NBAs most appreciated player. Rose’s long hair is not the only reason for his popularity, various tattoos of slogans are on his body.

His jersey number is 4. You might be not aware of this; he was given the nickname “Winnie the Pooh” by his grandmother. Surprisingly, he gave $ 4 million to a Chicago-based non-profit dedicated to offering innovative after-school programs for teenagers. 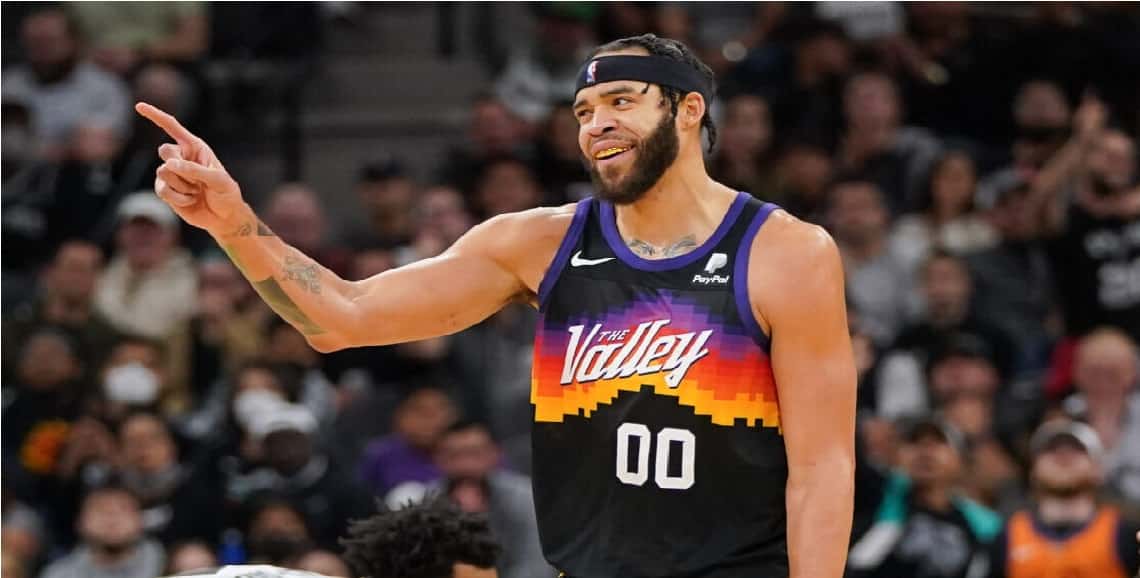 The only young man of 33 years old who was never afraid of styling his hair unconventionally. Yes, JaVale McGee is the one who has been spotted in various hairstyles throughout his career.

The reason for being among the top-ranked players is his current rat-tail hairstyle. Big Daddy Wookie is a nickname for JaVale McGee. He’s wearing a 34-figure T-shirt and has many tattoos on his stomach and chest.

Under the 2008 draughts, JaVale played for the Denver Nuggets. 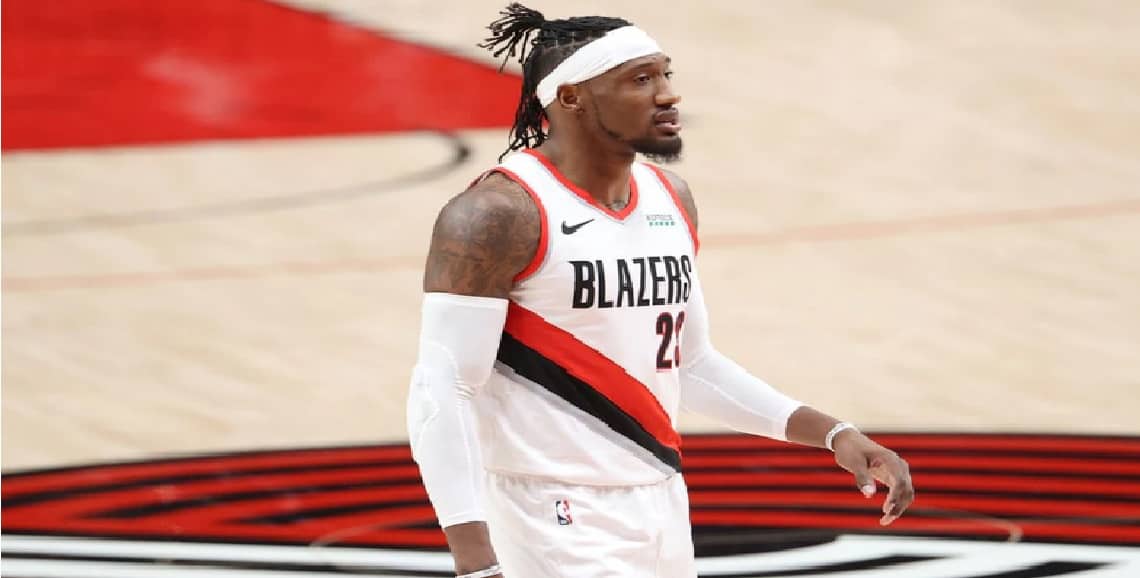 Born in Bellwood, 31 years old basketball champ Robert Covington is ranked among the top players because of his attractive and cool hairstyle. Robert Covington has experimented with a broad range of hairdos throughout the years, such as the braids, Mohawk, and top-up fancy dreadlocks.

Lord of the Court is the nickname of Robert, and he wears a T-shirt with the number 23 on it. Robert’s body is covered in tattoos. It mostly consists of, flowers and plants, an open-winged eagle roaring tiger, a prayer, and other symbols such as a soccer ball. 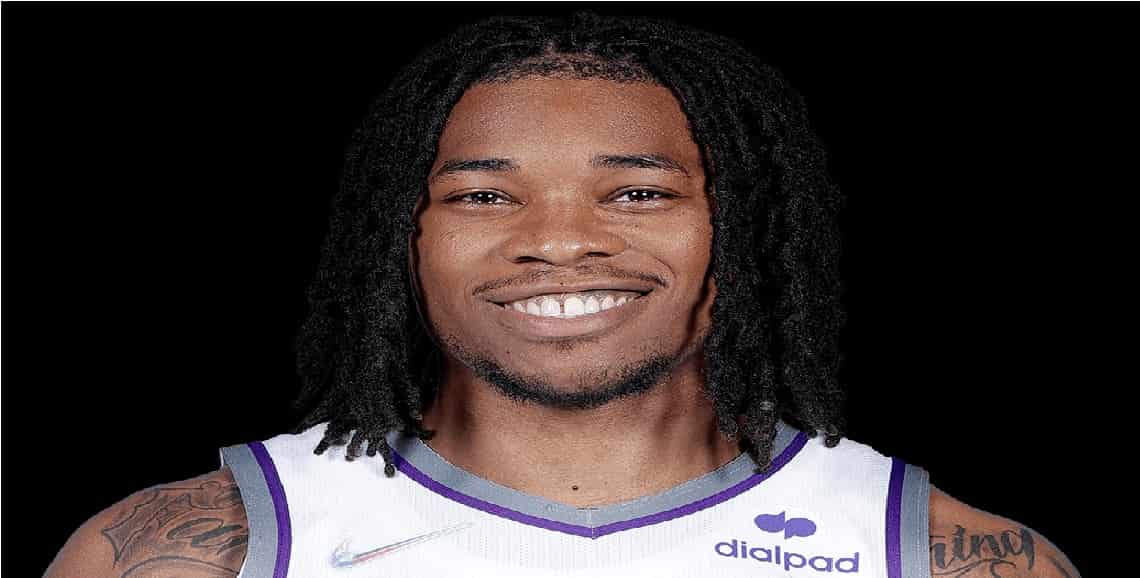 Richaun 28 years old basketball player, like the majority of his NBA colleagues, appears to like experimenting with haircuts. Seeing his progression from clean short hair to afro top-up or extravagant braids like these is always a blessing for the eyes. His fans usually like his different hairstyles.

Richaun is a professional American footballer. 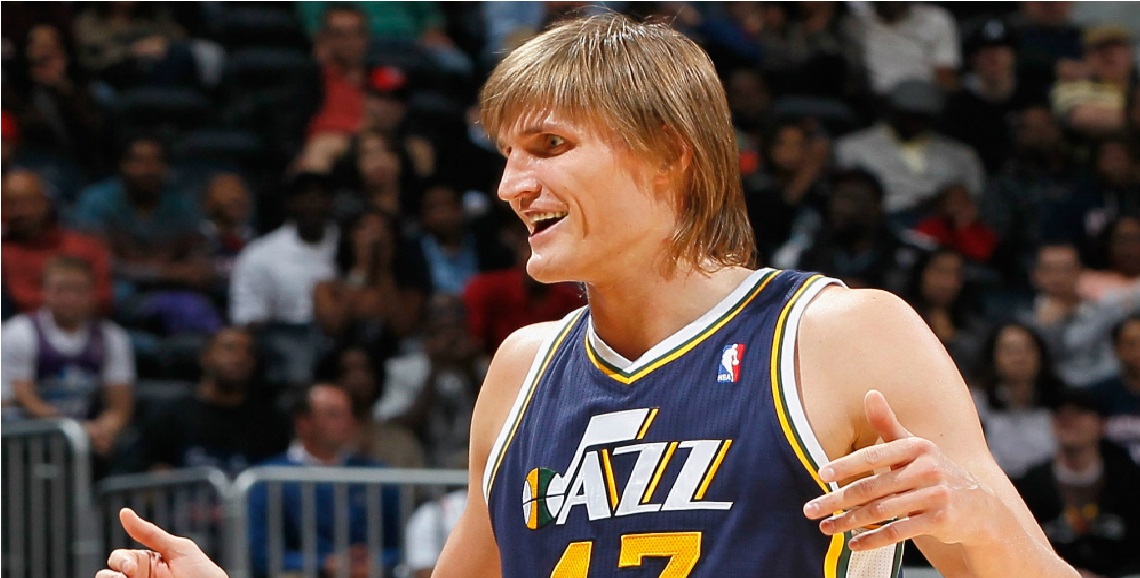 Finally, the last but not the least among the top 10 players. Here comes Andrei Kirilenko, 40 years old a professional player.

He is a master of several ugly hairstyles. He usually keeps his hair short. Maybe the reason is long hair doesn’t suit him.

Andrei Kirilenko has had a few different hairstyles recently. He is very well known for his skills as a basketball player. Celebrity publications and tabloids are always focusing their attention on rumors and hearsay about the 41-year-haircut. old’s