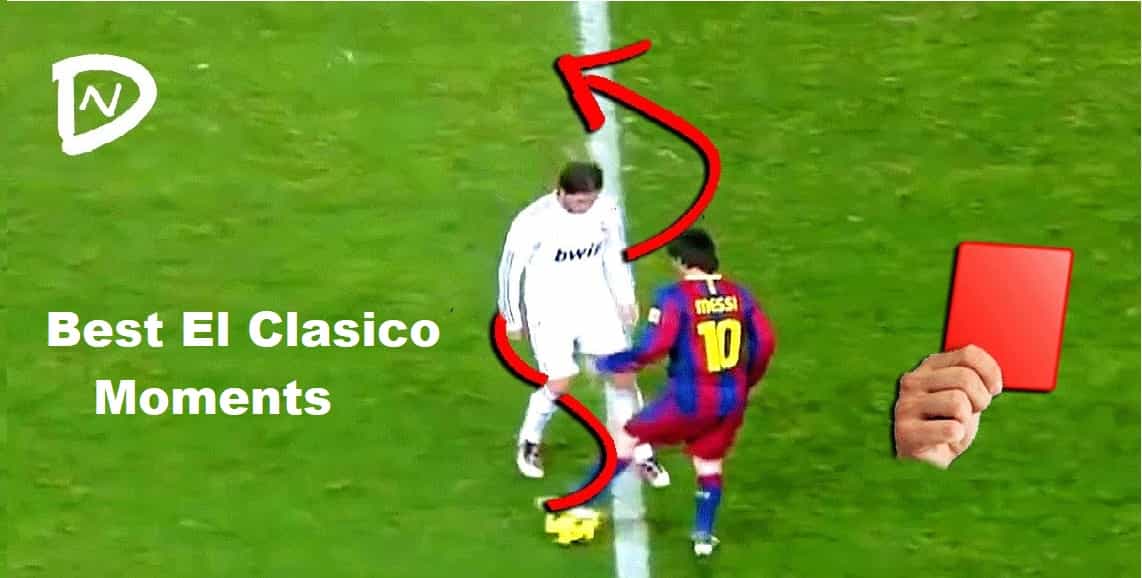 El Classico is one of the most watched matches in the world. It is the match between Real Madrid and Barcelona FC. Both these teams are Spanish Football clubs that play in La Liga. There is a great rivalry between the two clubs and they get to play against each other, at least two times during a football season. Recent times have seen some crunch El Classico matches and these matches have produced some of the best El Classico moments.

So, you can imagine the level of rivalry that the recent El-Classico matches have seen. On one hand there is the Barcelona vs Real Madrid rivalry and on the other hand, there is the Cristiano Ronaldo vs Lionel Messi rivalry. If we talk about the best El Classico moments, we find that many of these moments in the recent times have been due to these two incredible players. Both the players are best in their own teams and their teammates look up to them during the intense football matches.

What can we expect from El Classico matches in the coming years? Well, we know that Cristiano Ronaldo and Lionel Messi both are at the twilight of their careers. Both the players have seen the prime time of their careers. However, both are still in great touch and would be looking forward to making the most of the time that they have in their clubs. So we can expect the upcoming el-Classico matches in 2017, and 2018 to be special. And we can expect some of the best el-Classico moments to happen in these upcoming years.