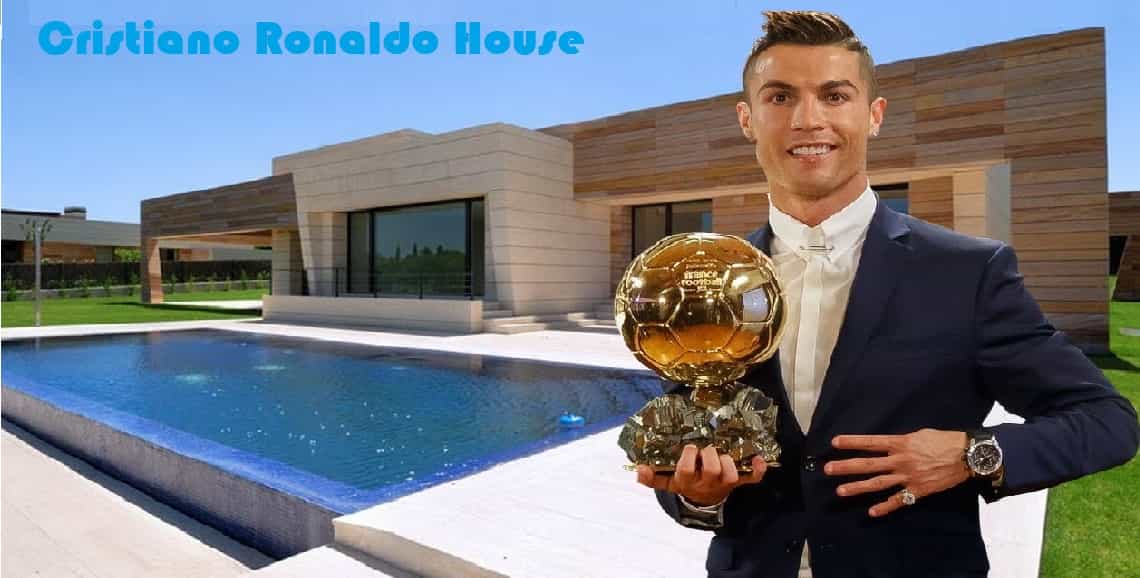 Famous celebrities from the fields of sports and entertainment are often known for their luxurious lives and their wonderful houses. These celebrities spend millions of dollars in order to buy the house of their dreams and they enjoy a lifestyle that only a few can afford. Same is the case with the famous footballer, Cristiano Ronaldo. He has one of the most luxurious lifestyles and he has a wonderful house. Today, we are going to take a look at Cristiano Ronaldo house details.

Inside the Home of Football Star Cristiano Ronaldo

Cristiano Ronaldo is one of the richest athletes in the world. According to some estimates, Ronaldo net worth is around half a billion dollars. Ronaldo has used his wealth on different luxuries of life. And one of these luxuries is his house. Cristiano Ronaldo has a beautiful house in Madrid. He bought this house a few years ago. According to the details, Ronaldo bought the beautiful house for $7.2 million.

This wonderful house has only one floor. The total area of the wonderful mansion is around 8600 feet. From the outside, the Cristiano Ronaldo house is very simple yet modern. It looks like a very beautiful house. The house has a swimming pool right in front of it. The swimming pool is surrounded by lush green grass and gives a peaceful environment to relax in.

Ronaldo’s house is as beautiful from the inside as it is from the outside. There are 7 bedrooms in the house and eight bathrooms. Ronaldo has a son, so he has made sure to make several kids playrooms in the house. And as you would expect, Ronaldo has made a separate trophy room where he keeps the trophies that he has won throughout his career. One special thing about the Cristiano Ronaldo’s house is that all the doors of the house have special door knobs that have the CR branding on them.

Cristiano Ronaldo house provides a true luxury living experience to the superstar footballer and it goes well with his style. In addition to this beautiful house in Madrid, Ronaldo also has a number of beautiful residences in his home country of Portugal. However, because of his football engagements, Ronaldo spends most of his time in Madrid.