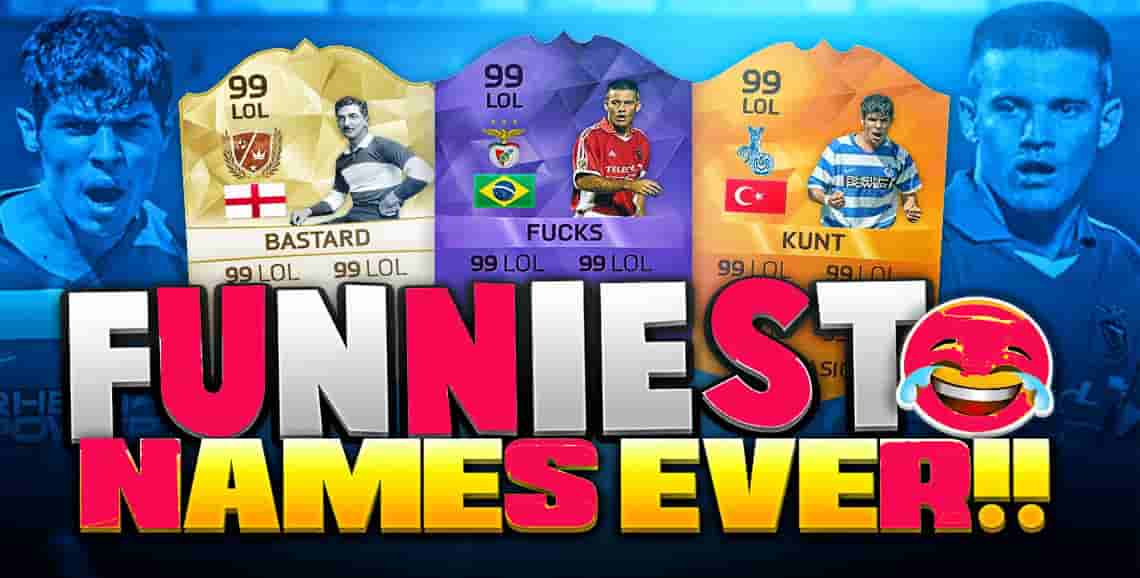 Football Players with Funny Names: Are You a Football lover?. Do You know there are many players available with different types of names?. Many Footballers are famous for his funny names and today we are going to share with you some Football Players with Funny Names. We have compiled a Funny name list of some of the best footballers. You can Suggest any silly football player name if we have missed on this list.

Conquest was the best goalkeeper, unfortunately, remembered for shipping 17 goals in just one game. However, his invasive, Funny name makes him funnier.

Goodwillie is a young professional Scottish striker for the Dundee United team. Goodwillie in His short career been involved in a few controversies. David is famous for his funny name more than his football skills.

A Zimbabwean professional, a well-known defender. He plays for the Kiglon Bird FC team. Unfortunately, he is better known for his very funny and unique name rather than his footballing skills.

Gash is the best professional striker for the Kidderminster Harriers team. Previously he played for the Cambridge United team. He is the 6th footballer in the world with a funny name.

Fabian Assman is an Argentian football goalkeeper. He is playing for the Independiente team in the Primera División in Argentina. Assman is a very professional goalkeeper and famous for his funny name.

Haas played Football for the Sunderland team and West Bromwich Albion team. Bernt was very famous for eating hot curries. Haas is the 8th football player with a funny name.

38-year-old Fucks is now retired from the field of football. He played from 1992 to 2007 football with 10 different teams in the world. Fucks the man with funniest name 9th player in the list of Football Players with Funny Names.

Chiqui Arce played right-back for the Paraguay team in the year 1998 and 2002 World Cups. He was the very best player. His name is very funny and the 10th player in football with a funny name.