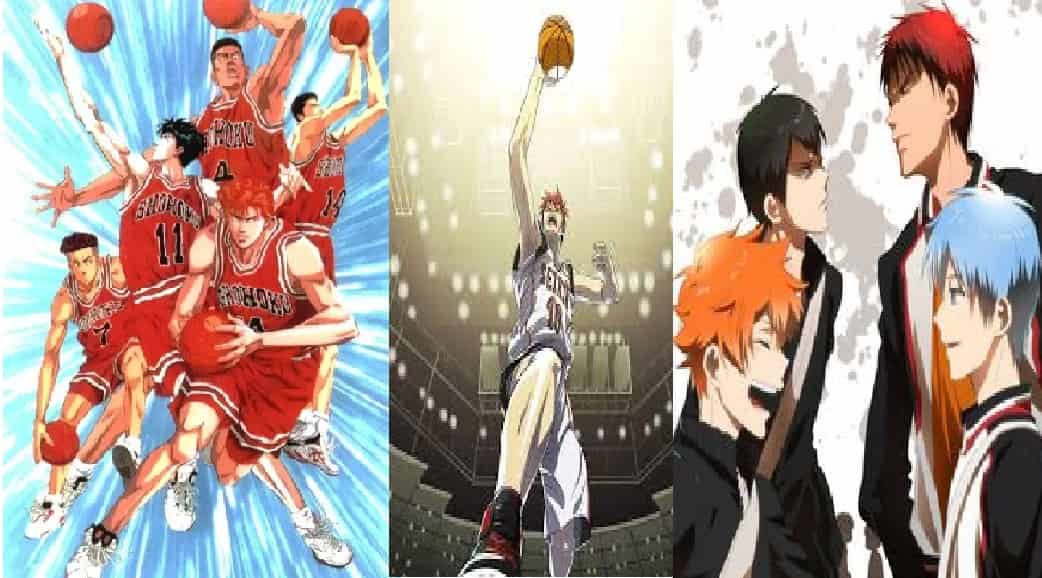 Basketball anime are getting popular among basketball fans, especially the young ones. Many TV channels in the US have started telecasting the avail this golden opportunity to earn above par revenue. These shows are considered a waste of time by a certain class of basketball fans. We are here to prove that this perception is wrong and void. Stick to the end, until we completely satisfy you.

The first and the most obvious reason why you must watch basketball amines is that such shows are one of the best ways to kill your free time. Obviously, boring news bulletins and cliché TV shows are not something which would entertain a player who has made his way home after a tiring day. You will enjoy the Japanese cultural mix with an ever so American basketball touch. Slam Dunk and Kuroko no Basket are the perfect examples of a brilliant time pass.

Watching a good basketball anime provides a great topic to talk about while practicing or during the game breaks. Whether you are a boy or a girl, this habit will help you build a fairly stronger bond with your teammates. So, break your normal routine and start watching a good basketball anime to find a decent topic to talk about.

Basketball shoes are usually built around a very touching and motivating story. Many players find these shows as a positive factor in the tiresome playing routine. A light show with a meaningful story, solid dialogue, and well-written characters can help you think about what you can achieve if you work hard. Every basketball anime comes with a great message whether it is about love, sportsmanship, humanity, friendship, responsibility, resilience, or any other trait.

A better way to promote basketball

Every sport requires a medium to enhance popularity. You would see sports councils and international associations invest a lot of money in advertisements. There is no doubt that basketball is growing as a game but the popularity has been mostly limited to American countries. The anime has a huge fanbase in Asian countries. Making basketball anime would mean an introduction to a whole new cultural group. This might be a great reason to start investing your time and money in such shows.

We have heard about the rivalry between the US and Japan ever since the era of industrialization. There is definitely a competition to become the best in any given field. On the other hand, you would see the opposite poles merging together to give quality entertainment. American basketball alongside the Japanese anime is something that you will love to watch repeatedly.

A genuine link to literature

Literature is the best way to communicate what’s on your mind. The manga writers put a lot of effort to express the difficulties faced by rookie players whilst trying to prove themselves. Watching basketball anime will increase the viewership and will in turn motivate the writers to produce more quality content.