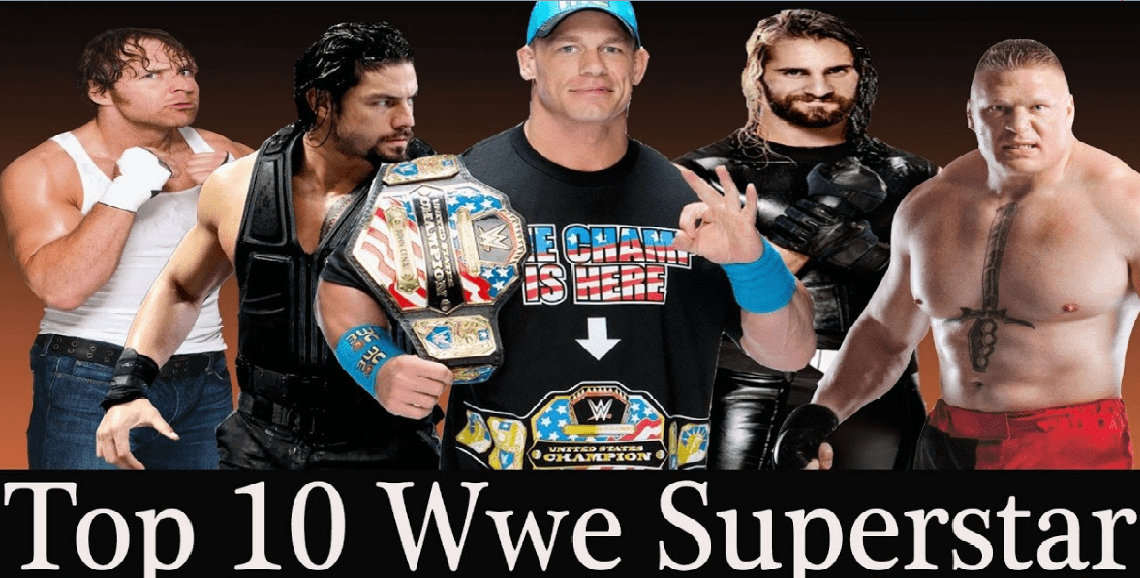 World wrestling entertainment is one of the most-watched and liked professional sports in the world. WWE was started by McMahon and Toots Mondt back in 1952 as CWC (Capitol Wrestling Corporation (1952 to 1982) and after a long time the name changed to World Wide Wrestling Federation (WWWF )(1982 to 1998)And it was operating in name of World Wrestling Federation (WWF) (1999 to 2002). In 2002 the name has been changed to World Wrestling Entertainment (WWE).

The ranking of Different WWE Wrestlers depends on various factors like Technical ability, mic skills, Popularity times even gimmicks and catchphrases also make a wrestler really popular and those catchy lines or phrases can be seen chanting by the crowd outside the WWE arena.

on Technical ability, I think the Top 5 Wrestlers of WWE are

1) HHH
2) Ric Flair (He is at 2nd position because he had a short run in
WWE, as compared to WCW in WWE his major run as a heel, was in Evolution)
3) CM Punk
4) Randy Orton
5) Roddy Piper

1) Undertaker (Dead Man)- Most creative gimmick ever in wrestling history.
2) Vince Mcmahon (Heel Boss) – can go to any extent for win…Lying cheating stealing, and threatening Complete Heel Persona.
3) Goldust ( homosexual)- Most Bizarre and one of the popular gimmicks.
4) Eddie Guerrero ( Cheater)- it is always fun to watch Eddie Guerrero lying, cheating, and stealing.
5) Kane(Masked Man)- One of the most dangerous Man and he portrayed it so well sometimes it’s hard to imagine Kane as a normal human.

Best WWE Wrestlers of all time

Andre the Giant was a French professional wrestler and actor. His real name was Andre Rene Roussimoff. He was famous for his huge weight and height. Rene feuded with Hulk Hogan in Wrestle Mania III. Andre the Giant is one of the best fighters in the past time in professional wrestlers. Most people want to watch Gaint fighting. He is on No-10 in the list of Best WWE Wrestlers of all time.

Paul Michael Levesque is the best wrestler among-st in WWE. He is from the USA and is well known as Triple H (Hunter Hearst Helmsley )  in professional wrestling.  Michael was born in Nashua New Hampshire United States on 27 July 1969, He married Stephanie McMahon back in 2003, Stephanie McMahon is the daughter of the chairman of WWE Vince McMahon. Most People want to watch Triple H. He is in 9th position amongst the Best WWE Wrestlers of all time. Paul Michael Levesque/Triple H is the executive officer of WWE. Triple H debut WWF/ WWE back on 30 April 1995,

Bret Sergeant Hart is a Canadian American retired professional wrestler, He is known by the ring name Bret “the Hitman” Hart. The sergeant is a member of the famous Hart family. He was born on 2nd July 1957. He was one of the Best Fighters of WWE. The sergeant is at no 7 in our list of Best WWE Wrestlers of all time. From 1970 to 2010 Bret Hart held a total of 32 championships of which 17 championships he held in WCW and WWE. He was the 1st non-US WCW champion.

Dwayne Douglas is an American actor, producer, and professional wrestler. He is known by his ring name THE ROCK.  Douglas is the most followed user on Instagram by around 94 million followers. Rock was the best performer in the ring as a wrestler and had great mic skills in the promo. The best Rock was the first third-generation superstar in WWE history, the most electrifying man in all professional entertainment, and people’s champion. He is at no 4 in the list of Top 10 Best Fighters of WWE.

Terry Gene Bollea is an American former professional wrestler. Gene is regarded by the ring name Hulk Hogan and the winner of the Ring. Outside of the Wrestling life, Gene is the greatest actor personality on TV. Hulk Hogan was an icon in WWE history. He was one of the top superstars in Best WWE Wrestlers of all time. People around the world like his wrestling in-ring work. Gene Bollea was very good with his mic skills in the promo. He ends his WWE contract as Hall Of Fame. Championships: 6 times WWF world heavyweight champion and 6 times WCW world heavyweight champion. He was the winner of a royal rumble in 1990 and 1991. Here are some more details below about Hulk Hogan.

Mark William Calaway is an American professional wrestler signed with WWE. He is known by his ring name Undertaker. Taker is the best wrestler in WWE all the time and people around the world like to watch him in the ring. William is called the Dead Man, the Phenom. he is at no 2 in the list of Best WWE Wrestlers of all time. Here are some more details about the undertaker below.

Steve James Anderson is an American actor, producer, media personality, and retired professional wrestler, better known by his ring name “Stone cold” Steve Austin. He was having his best rivalry with The Rock. Steve Austin was the iconic superstar of all time in WWE. He was super in the ring with his action and mic skills with the promo. Stone cold Steve Austin carries the memories of chaos, destruction, scathing anti-authority promos for that a common man can only dream. STEVE is the first WWE player in the world in the list of Best WWE Wrestlers of all time. Cold-held a total no of 19 championships in his wrestling career. Anderson is 3 times the royal rumble winner (1997, 1998, and 2001).

Steve James Anderson was declared the most profitable professional wrestler in WWE history. Here is some more information about “Steve Austin” below. You can Also Visit Here Professional Females in WWE.