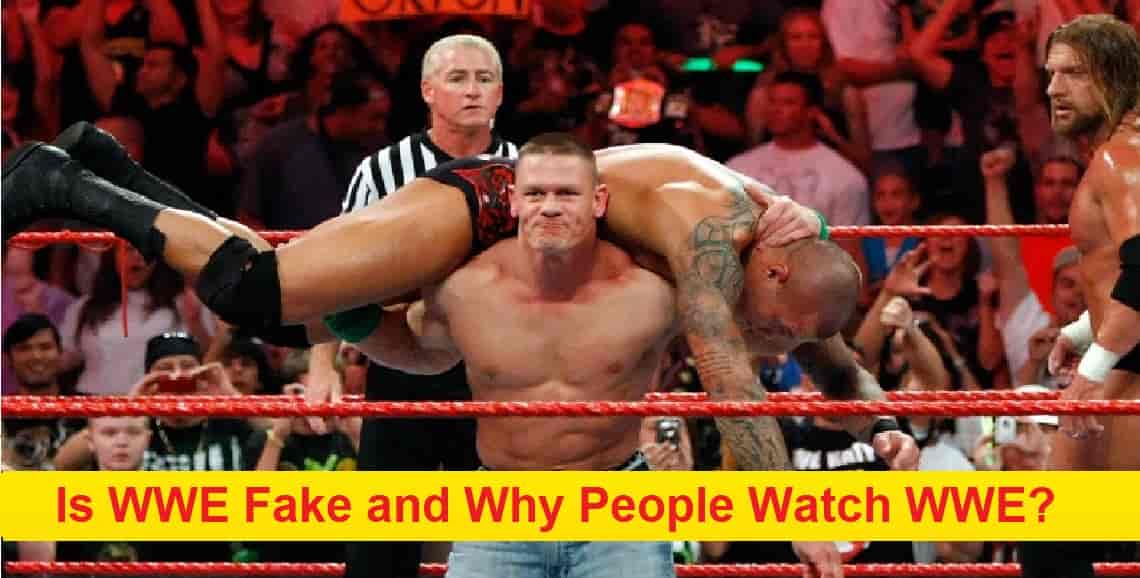 This is one of the most interesting questions, Why People Watch WWE?. People, from all around the world actively watch WWE while still knowing that is fake, and the question is WHY?. There are many questions about WWE which has millions of fan following. Every Week Millions of People Watching this show from all around the world but many people are still not aware. In normal Words, we can Introduce WWE is one of the Scripted Program only for Entertainment.

This is just the Scripted Shows like Movies or Drama in Which player perform different characters. All Players of the WWE, WCW, WWF are Real and belong with different countries and Families. Story of the Every fight is written by an Expert Scriptwriter. These Scripts Included on all information including how the player will be entering in the Ring, Dialogues, and all other Fight Information backstage controversies. But the actual question is

WHY ARE PEOPLE WATCHING WWE IF THEY KNOW IT ISN’T REAL?

Last time one of my friends told me that he has Stopped Watching WWE, WCW, WWF.we were big fans at that time and it was a great shock that all of the sudden he stopped watching it. I asked him why did he do that?. He told me that all of these shows are fake and Scripted, they are fooling people only for Entertainment. This is the bitter truth that WWE, WCW, WWF all are Scripted and Only for Entertainment.

Owners of the WWE, WCW, WWF have also confessed in Interviews in that these games are only for Entertainment and are also Fake. So We have reached at the point here that people who want to Watch Real sports have stopped watching these shoes. But the question is still there, that Why People are Watching WWE if they know it isn’t real?. it entirely depends on the person and his/her preference and why they want to watch that game after knowing that this is the Scripted Program.

Many people Watch Action Movies, Horror Movies and all other movies even after being fully informed that these all are fake and Scripted. its the same thing here that people know that WWE isn’t real but they still watch it and enjoy it, only for entertainment. WWE players make the show, which looks like real and no one can say that its fake. When we talk about WWE players we imagine a relationship of hatred, but in real life, things are quite opposite, the players of the WWE are really friendly in Real Life. HHH, John Cena and WWE Superstar Roman Reigns are few of the most famous players in WWE World.