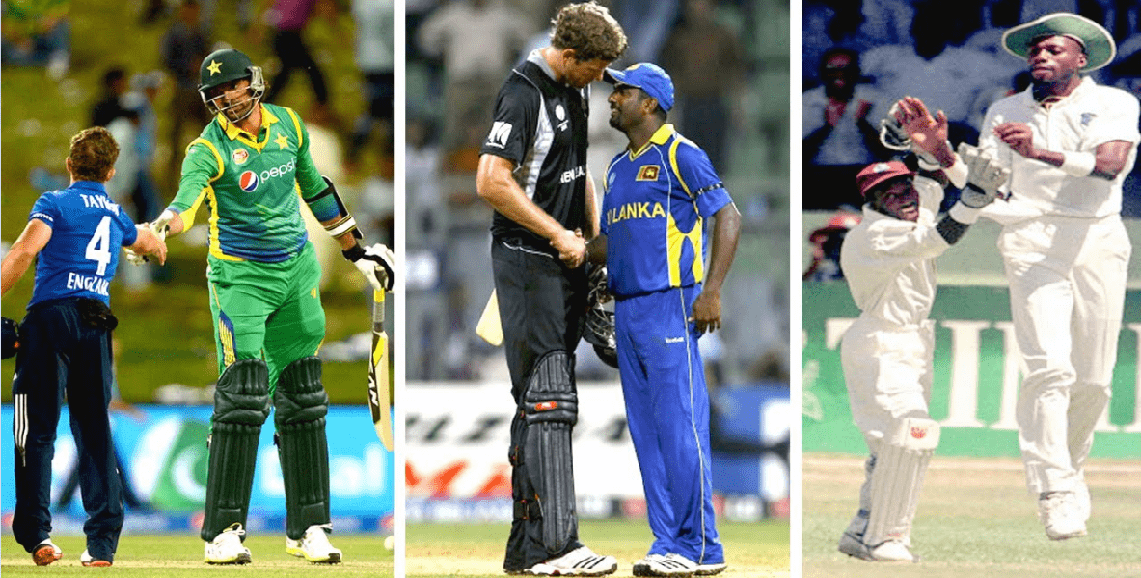 Tallest Cricketers in the World

Muhammad Irfan: The 7’1” tallest fast bowler from Pakistan ever playing the game of Cricket from any side in the world. He Played his 1st ODI Match in 2010 against England. Unfortunately after his 2nd ODI Match, he gets out from the team But came back very strongly in Pakistan vs India Tournament played in 2012-13. Irfan proved himself like a mature Left Arm Fast Bowler. He bowls very consistently on the speed of 140 km and importantly he bowls on a Very Good Channel. He has a natural bounce from the Wicket because of his height. Irfan played his 1st match against England in 2010. Here is some other informative information about Tallest Cricketer Mohammad Irfan.

Joel Garner is Known as the “Big Bird” belonging from Barbados is a West Indian Speed Star ruled during the Seventies & Eighties. He always bowled very dangerous Yorkers in the batsman’s feet from the height of almost 10 feet. He got 146 ODI wickets at a tremendous average (18.84) with a tremendous economy rate of (3.09) runs per over) and also 259 Test Wicket in his career. Here is some other information about Garner:

William Boyd Rankin is a right-arm medium-fast bowler from Northern Ireland. William played international cricket for both England and Ireland on both sides. Rankin is a 6 ft 8 inches tall bowler and bouncing action. He has a natural bounce because of his height. He debuted on 25 June 2013 for England against New Zealand in a T20 Match.

Chris Tremlett is a Right-arm Fast Medium England Bowler. He takes a wicket on his first ball in first-class against New Zealand in 2000. Tremlett played his first match against Bangladesh in One Day International in 2005. Tremlett is a good batsman played on number 8 or 9. He made seven first-class fifties. He played the main role in England’s victory in the 2010-11 Ashes in Australia. Check below for Informative Details :