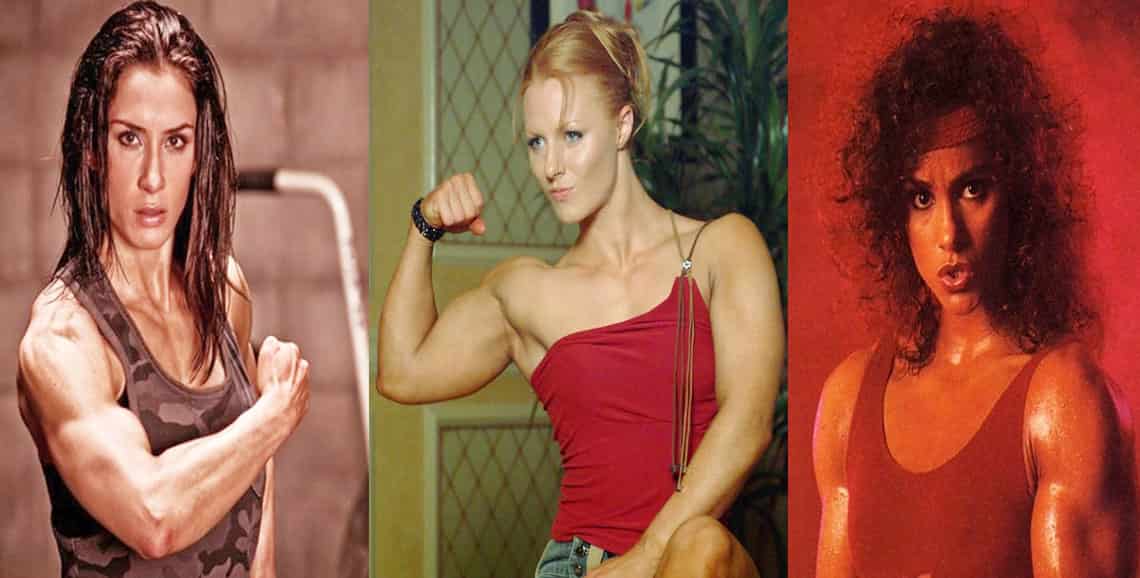 Jennifer Rish is a well known famous female bodybuilder. She was born in 1981 in Southern. Rish stated in the age of four gymnastics and dance classes. She starts kickboxing and weightlifting training.

Sarah Bäckman is a Swedish real estate broker current top bodybuilder and former professional wrestler. she was born on December 8, 1991, in Stockholm. Bäckman is the former world Arm Wrestling Champion. Height of the Sarah Bäckman is 1.73 m and her Weight is 73 kg

Pauline Nordin is a Swedish professional entrepreneur, author, top bodybuilder, and fitness model. she was born on July 23, 1982, in Ystad, Sweden. Height of Pauline Nordin is 1.57 m and her Weight is 80 kg.

Wendy Lindquist is a professional female bodybuilder born on May 16, 1979, in British Columbia. She is a Canadian ex-gymnast, fitness model, a dancer turned bodybuilder, and Strongwoman competitor in the list of all females Bodybuilders. Lindquist started training in 2011 for bodybuilding. Currently, Wendy Lindquist lives in Abbotsford.

One of the Hottest, Most Successful female bodybuilder of all-time. She was born on January 4, 1958, in Racine Wisconsin. Olympia six years in a row from 1984-1989. Cory Everson is regularly won the Ms. Olympia contest from 1984 to 1989. She is the first woman in the field of bodybuilding to be presented with the Lifetime Achievement Title in the year 2007. The height of Cory Everson is 1.73 m.

Nikki Fuller is a professional American female bodybuilder born on January 23, 1968, in Dayton. At the age of 10, she moved Gresham with her family where she attends Gresham High School. Fuller won the water polo state championship in school life. After Graduation, she decided to focus on bodybuilding. In the year 1988, she joins Novice Oregon and won the contest. She placed 7th, 6th and 10th positions in Ms. International bodybuilding competitions in the years 1991, 1995 and 1997. After bodybuilding, Nikki Fuller landed for roles in TV shows like Nikki and Ally McBeal. She played in wrestling for WOW (Women of Wrestling) under the name “Athena”.

is a Russian former professional fitness competitor gymnast. She was Born on March 25, 1978, in Kaliningrad. Oksana is the degree specialist in Physical Training and Sports. She retired in 2017 from competitive fitness after her 4rth consecutive Ms. Fitness Olympia title. The professional Bodybuilder wins ten consecutive Arnold Classic competitions. The professional Bodybuilder awarded by “Best non-Olympic Sportswoman of the Year” in the years 2005 and 2006. Grishina is the second ever Russian player to earn an IFBB Fitness Pro card.